The first record of yacht racing in Torbay is in an advertisement in the Exeter Flying Post of a race to be sailed on Monday 11th September 1811.

Some years later, on 19th August 1863, a group of gentlemen formed a social club known as “The Torbay and South Devon Club Company Limited”. They purchased premises on Beacon Terrace for the sum of £2500 which had been constructed some ten years earlier. 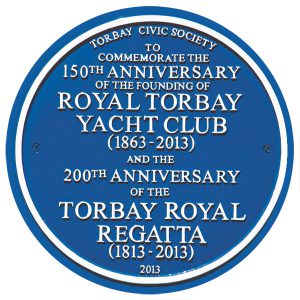 In 1875, the Torquay Yacht Club was formed and the new Club granted an Admiralty Warrant to fly the defaced Blue Ensign, later in the year a Royal Warrant was granted, with the Club’s name changing to the Royal Torquay Yacht Club.

In 1885 the Royal Torquay Yacht Club merged with the Torbay and South Devon Club with the name changing the Royal Tobey Yacht Club. In the following year, the freehold of the land on which the Club premises stood was purchased for £650.

In 1886, the Club held its first Regatta where the prize money ranged from £4 to £25 and within two years the prize money had increased substantially to between £40 and £60.

A milestone in the Club’s history was reached in 1932 when ladies were admitted to conditional membership with limited access to certain of the Club rooms.

Arrangements were made to hold the America Cup trials in Tor Bay in 1934 and in 1935, six “J” class yachts were racing in Torbay but with the death of H M King George V in 1936, “J” class racing came virtually to an end.

In 1937, an International Coronation Regatta was held with an entry list of 292 yachts including six 12 metres, eight 6 metres and 15 yachts over 75 tons. 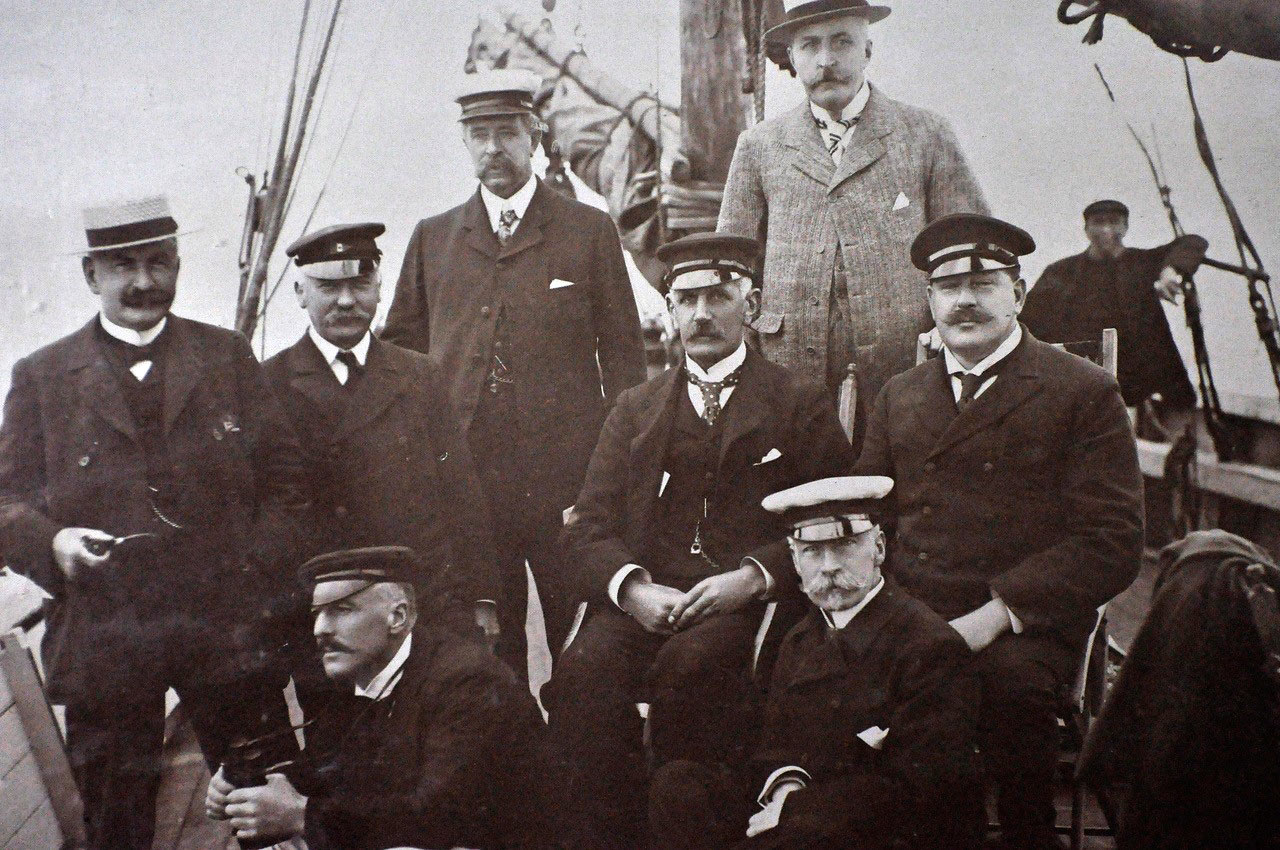 During the Second World War, the Club suffered many difficulties including bomb damage. Urgent repairs had to be carried out in 1944 on the billiard room ceiling which had become dangerous. More seriously, because of the war, in 1945 and 1946 whisky was rationed in the Club with members being restricted to two single or one double per day with no whisky being served on Tuesdays or Fridays!!

In 1948, the XIV Olympiad Sailing Races were held in Torbay, the Club subscribing £256 to the expense account and also giving a cocktail party for participants and Committee.

During the 1950s a bar was built (members previously being served by staff in Club rooms), the Festival of Britain Regatta was held, the Club provided a room as an office for the GATT conference and the Duke of Edinburgh Cup races were sailed in Torbay.

In 1961, the Torquay Corinthian Yacht Club merged with the Royal Torbay Yacht Club and the combined unit continued to operate under the latter name. This brought with it an increased membership and an additional Flag Officer, a second Rear-Commodore.

The Club was honoured in 1964 to have a crew of members selected to represent Great Britain in the Olympic Games in Tokyo in the International Dragon Class. They finished just outside of the medals in fourth place after lying second for most of the week.

Throughout the 1960s, 1970s and 1980s and to the modern day the club has continued to host many prestigious sailing championships.

In 1993, it was agreed that the members of Torquay Rowing Club who had been neighbours in the harbourside premises, should also become members of the Club. 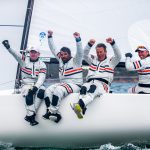 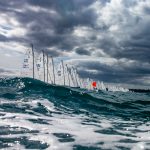 The officers and members of the Royal Torbay Yacht Club are looking forward to welcoming J70 sailors from across the world. Torbay is a truly magnificent venue and boasts some of the finest sailing waters in the world.