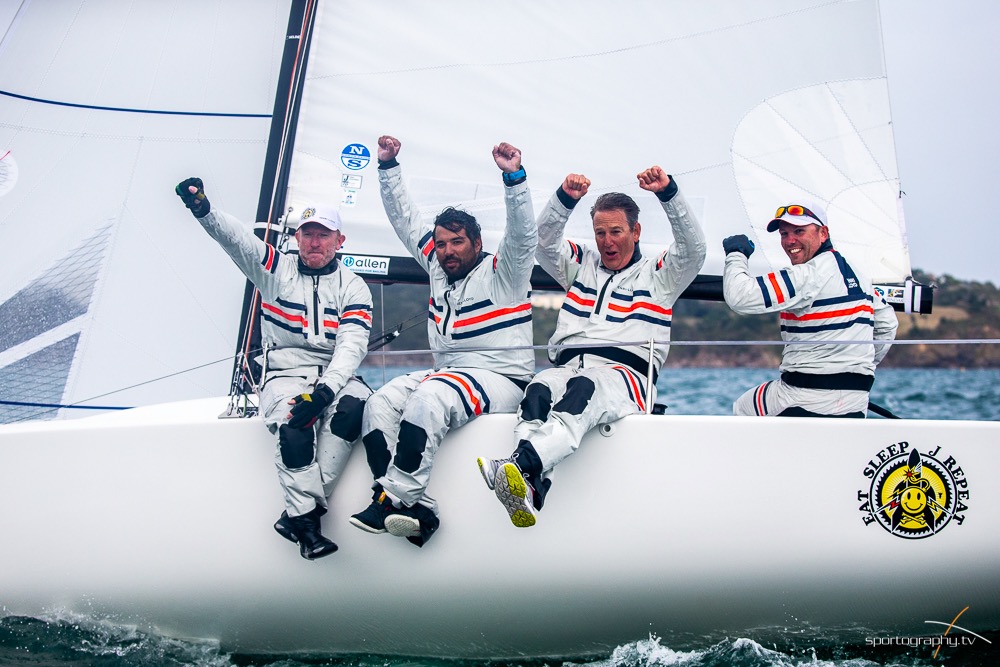 Two races were held on the final day of the Darwin Escapes 2019 J/70 World Championships, 12 knots from the southwest provided a true wind for the start of racing but that moderate breeze shifted and built west to 20 knots, gusting 26, to produce a fantastic finale. A memorable world championship for both Open and Corinthian Classes was decided in the very last race.

“Very very pleased, it has been hard work and we have a very good team.We have sailed well all year and this has been a tough week but a lot of fun. We were just a few metres from the finish when we realised we had probably won, we worked hard right up to the end, the Americans and the Spanish pushed us really hard, it was full on. There were plenty of tough moments, but that is why we came to Torbay, this is a tricky and challenging place to race. I would also like to thank everyone at Key Yachting and especially Paul Heys who I would love to have a pint with tonight, but sadly he is no longer with us.” 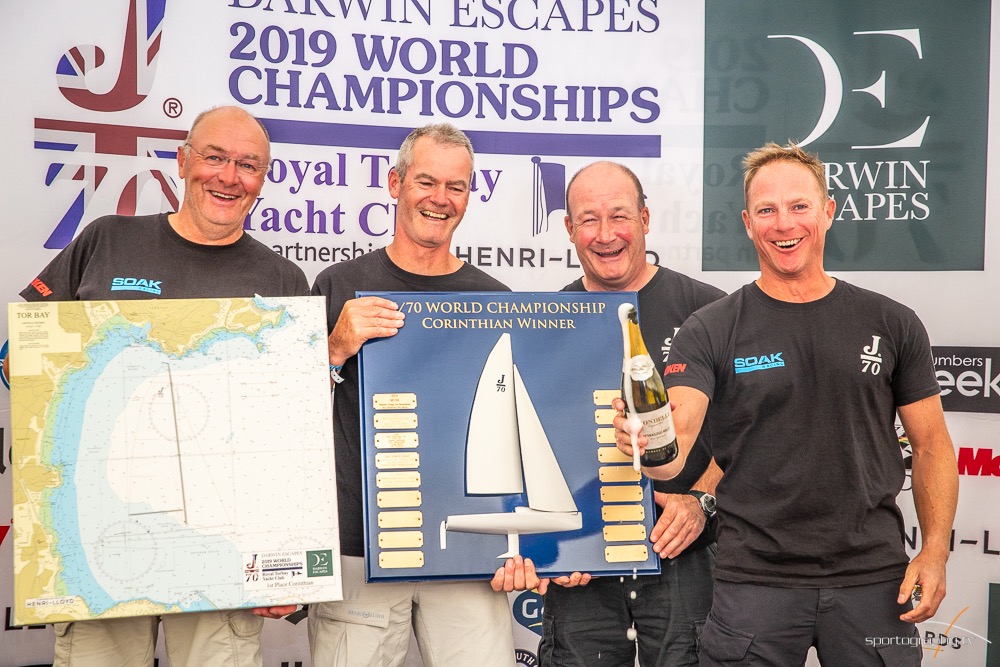 “Amazing, we have been trying to win this for six years, so it feels just amazing. Torbay has been exceptionally tricky, and we have had great competition at a really well organised regatta, and it is great to come away with the win. Today’s racing was really exciting, we were 10 points behind DSP going into the last two races. We had an excellent Race 13 and then it was about staying with DSP and making sure there were not too many boats between us. It all came down to the last 100 metres, and we did just enough.”

The Darwin Escapes 2019 J/70 World Championships Awards Ceremony was held in the Event Marquee. Event Director Bob Penfold introduced Admiral of the Royal Torbay Yacht Club, Nigel Wollen to present the prizes and winners trophies. Darwin Escapes Chief Executive Anthony Esse described the event as a “complete triumph” and showing gratitude to Bob Penfold generously announced a free holiday at Darwin Escapes for Bob and his wife Sue. GAC Pindar represented by Andrew Pindar, who has been sponsoring sailing events for 39 years, was also invited to the stage and was full of praise for an amazing regatta.

The Royal Torbay Yacht Club and their dedicated volunteer support were roundly applauded by all of the J/70 sailors for producing a fantastic regatta. Stuart Childerley and the Race Management team received huge applause for providing high quality race courses in tricky conditions.