Racing continues throughout the week with up to 14 races scheduled for the international fleet.

The Darwin Escapes 2019 J/70 World Championships, hosted by the Royal Torbay Yacht Club, up to the minute coverage as the drama unfolds at the J/70 Facebook page

All the racing information you need from entry information, race documentation, weather and tides and racing results… Read More »

Torquay Harbour lies on the North shore of Tor Bay. Haldon Pier to the South and Princess Pier to the West, form the main breakwaters and give shelter to the enclosed harbour facilities. The Harbour has large events pontoons and berthing to accommodate visiting sailors… Read More »

Tor Bay on the English Riviera is one of the most beautiful bays in Europe, and Torquay is a thriving and popular resort with an unrivalled range of accommodation… Read More » 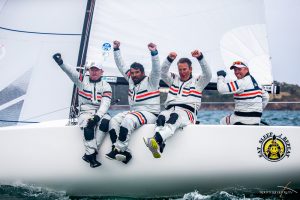 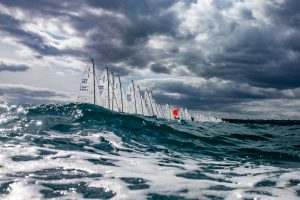 Thursday 4th September Race Day Four Big Finale Expected for J/70 Worlds The penultimate day of the Darwin Escapes 2019 J/70 World Championships was blessed with beautiful conditions in Tor Bay. With the breeze coming from the land once again, shifts and puffs of breeze made for tricky conditions with snakes and ladders right across … END_OF_DOCUMENT_TOKEN_TO_BE_REPLACED 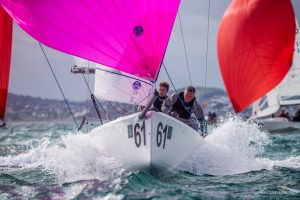 Wednesday 4th September Race Day Three   BIG Wednesday 20 knots of breeze piping in from the north created full-on battle conditions for the 20 nation fleet on Day Three of the Darwin Escapes 2019 J/70 World Championships. For the third consecutive day, the Open and Corinthian leaders have changed, with teams from nine nations … END_OF_DOCUMENT_TOKEN_TO_BE_REPLACED 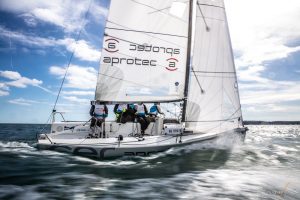 Tuesday 3rd September Race Day Two Alberto Rossi takes the lead in Tor Bay 20 nations are competing for the Darwin Escapes 2019 J/70 World Championships, and teams from seven different countries occupy the top ten places after six races. The breeze for Day Two started with a stable 10 knots from the southwest, but … END_OF_DOCUMENT_TOKEN_TO_BE_REPLACED